The Iris Movement effect allows you to add motion to the eyes of a character. This effect will make your character gaze around realistically in a random manner. In order for this to work, you should start by adding an opacity mask to the eyes of your character. Depending on your specific image, try to make a soft transition from the iris/center to the border of the eyes to improve the results of the effect.

Just as shown in the preview image above, this effect can be used to create random eye movement and random head movements. In this guide we will showcase how to use two iris movement effects to create a synchronized eye and head movement of a character.

First, we have to create the eye animation. Add an Iris Movement effect to your image, then create an Opacity Mask around the eyes of your character (notice how the eyes are painted in white):

In the next step, we slightly adjust the settings of the effect. Enable the Background option for the layer and choose a Background Color that matches the eyes of your character.

Since our character's eyes are not aligned perfectly horizontally, we change the Scale to 1.5 for the X axis and reduce it to 0.45 for the Y axis. You will need to adjust these values for your specific image, try setting lower values first and slightly increase them until the eye movement is strong enough to reach the corner of the eye without being excessive.

In the second step, we create a new Iris Movement effect on the same layer. Be sure to give it an appropriate name such as Head Movement so that you can differentiate the two effects at first glance in the future. Paint the opacity mask for this version of the effect around the head of your character: 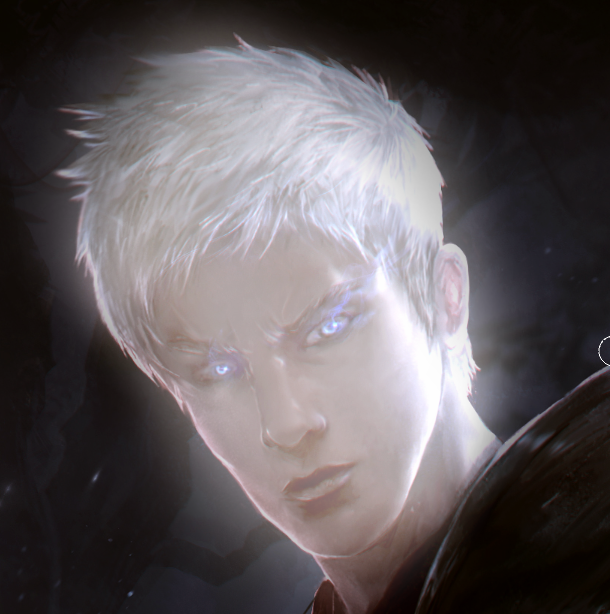 The two effects then combine into a result that looks something like this: