A more advanced way to create puppet warp animations can be done with character sheets. Character sheets require you to use a cut-up version of your character which separates your character into its different limbs / pieces. This allows for more complex and more accurate animations to be created as parts can freely move and overlap without the image becoming distorted. It is not necessary to achieve good results with puppet warp but it can make a big difference depending on what you want to do. You can still follow along the other tutorials of the puppet warp section, even if you don't rely on character sheets.

You should have read and understood the Puppet Warp Introduction Guide before attempting this tutorial.

In our example, we use the samurai character from our previous puppet warping tutorials and cut it up into its own character sheet using a photo editing tool. Our character sheet looks as follows (you can use the following image file to follow along): 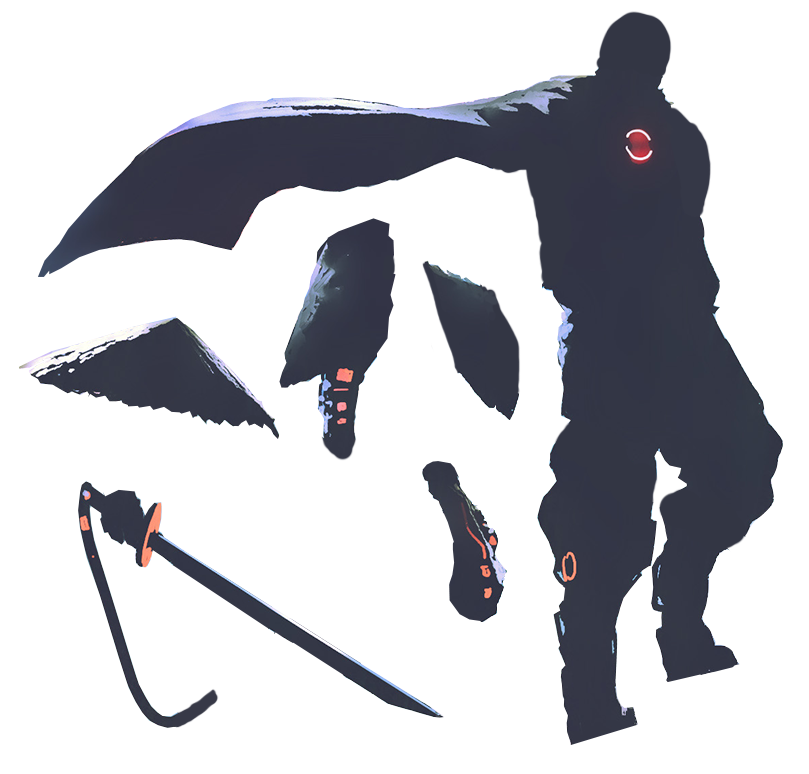 Just like with a puppet warp that is based on a non-cut-up character, we have to go through all the same steps as in the introductory guide to puppet warping. First we have to establish the geometry of the object. It should not be necessary to create slices here as explained in the introduction tutorial, as the slices are now redundant, as all parts of your character should be clearly separated: 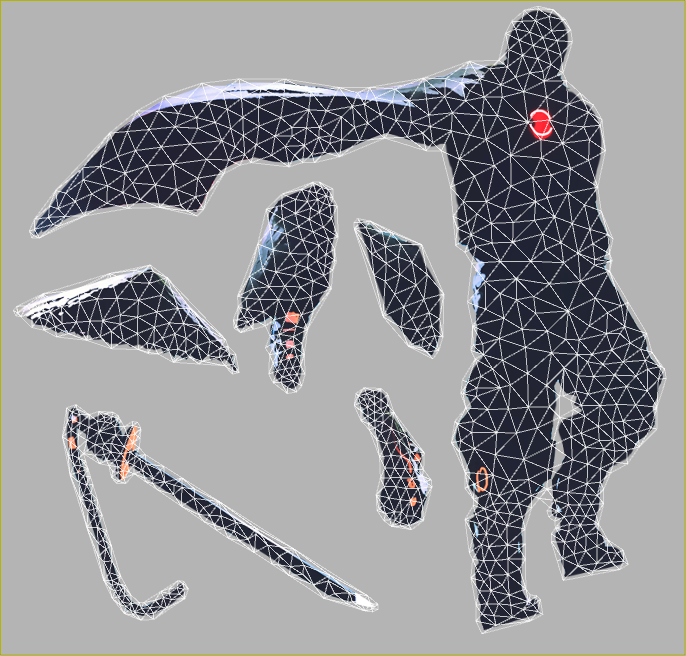 When creating the bones of the character, make sure to keep the correct order of bones intact. For example, the arms and the head are connected to the bone in the upper body area, while the hat bone is connected to head bone. Repeat this until each body part is connected to its respective neighbor: 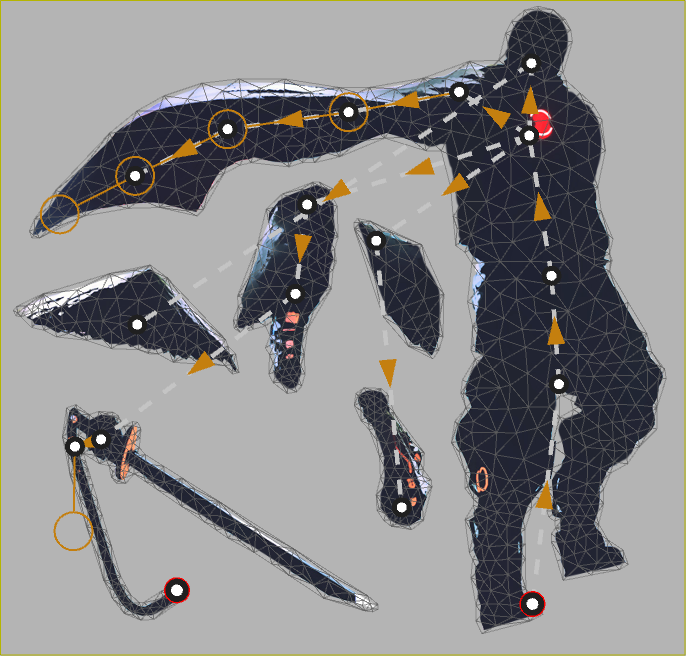 Painting the weights of the character should be much easier using a character sheet, as the regions of your character should now be clearly separate. For example, you can see how the hat and the sword have clearly been painted as one color which would not have been very simple to do in the original version of the model. You can also see how we have separated some elements into different regions nonetheless. For example: The rope, the cape and the legs have been separated into different bones to allow for more precise animations to be created: 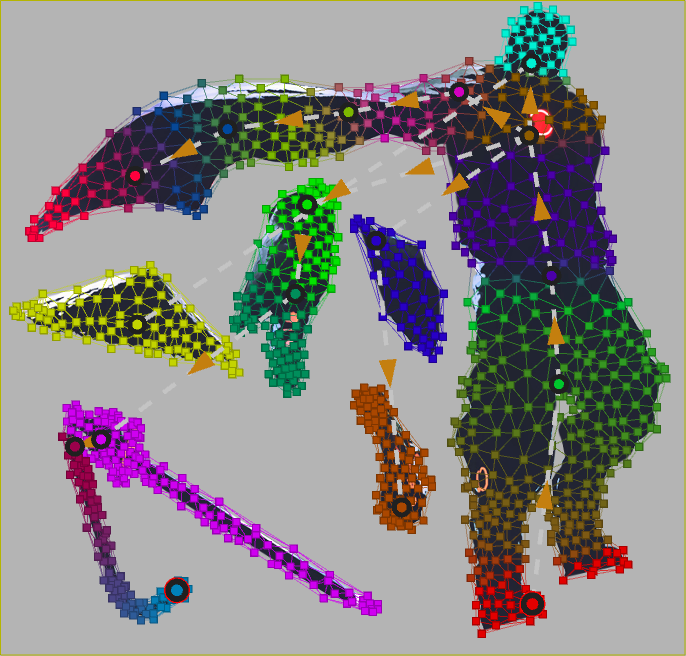 # Reassembling the character sheet into a pose

You can now animate the character just like in the introductory tutorial. However, the animations can be much more accurate as you have much more control over each individual body part since they now essentially act as separate layers on your model. Be sure to check out the following sections of the Puppet Warp chapter so some advanced animation examples we have created with this character sheet.